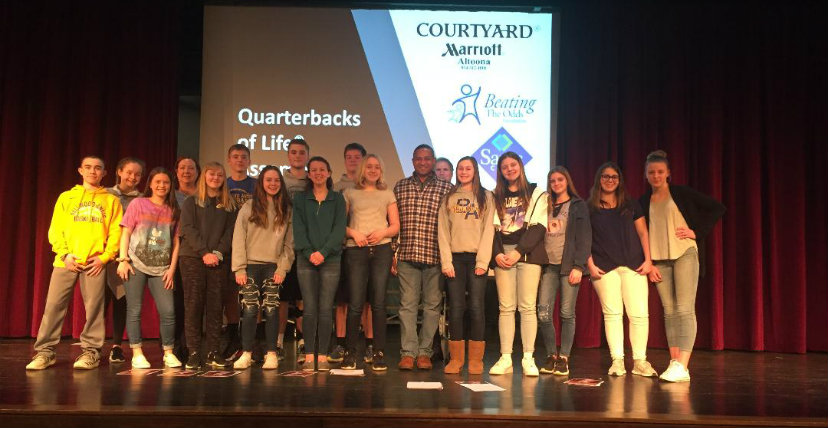 On March 18, 2019, Roberto Clemente Jr. spoke to students at Bellwood-Antis Middle School, Bellwood, PA as part of a Quarterbacks of Life assembly program. Roberto had approximately 400 5th-8th grade students locked in during his presentation for the almost two-hour assembly. Roberto Clemente Jr., a baseball broadcaster, philanthropist, entrepreneur, and former professional baseball player from Puerto Rico, addressed the students on his own life story from the tragic death of his father to becoming a professional baseball player and facing many injuries. He also shared with the students his focus on philanthropy, something he has been involved in since a young age.

This is the eighth year that Beating the Odds Foundation has worked with Bellwood-Antis Middle School in bringing a QBOL speaker to the school as well as working with students in the Leadership Team.

Special thanks to our sponsors: Sam’s Club (Altoona), Courtyard by Marriott (Altoona), US Foods.